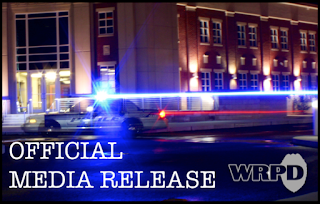 Officers responded to a shots fired call in the parking lot of Michael’s at approximately 4:18PM on October 7, 2017.

Upon arrival officers discovered that several males were in a parked vehicle and accidentally discharged a shotgun, which went through the driver’s window and struck the vehicle next to it.
The driver fled the scene, and was later arrested by officers.

18 year old Tyran Taylor is charged with Reckless Conduct. No one was injured. Despite media reports, there was never an active shooter situation.